William & Mary Global Film Festival      youtu.be/OlCshrmJo6w
Noel Molloy was at the 2015 Global Film Festival. He is a world renowned found-object artist from Roscommon, Ireland. He also does fascinating performance art pieces. He was a key figure in the Trash, Art, Spirals documentary produced by the William and Mary students who studied abroad in Galway, Ireland in the summer of 2014. The theme of the festival was Film & Renewal. 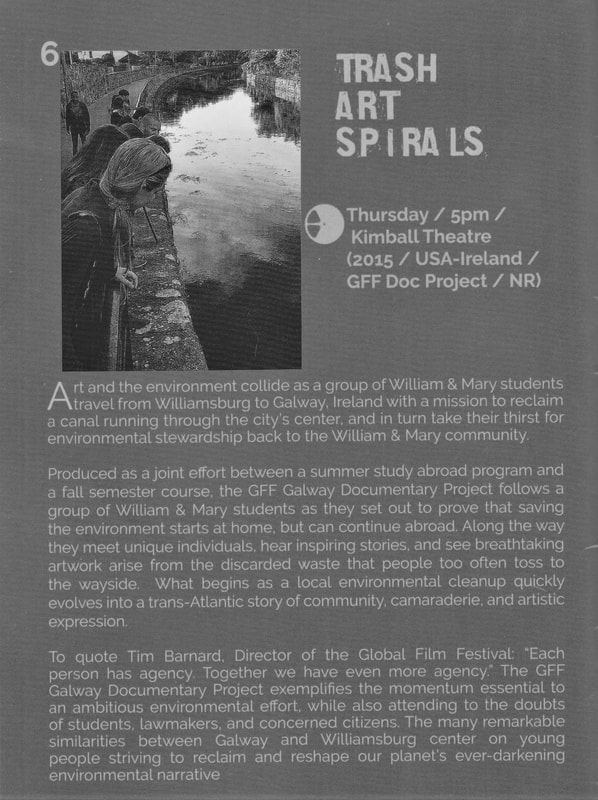